South Africa is nothing short of spectacular when it comes to breathtaking scenery, teeming wildlife, colorful culture, and marvelous topography. A tourist has a lot to choose from depending on what adventure you would prefer. If you’re a spelunker, then prepare for a long list of must-see caves in this beautiful country. Include our top 5 list of caves in your caving adventure so read through. 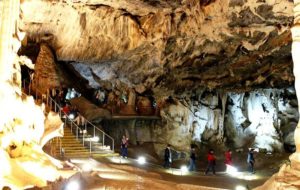 CANGO CAVES
Cango Caves top our list because it is the most popular cave in the country, and rightfully so, because of the mesmerizing stalactites and stalagmites formation in all parts of the cave. Even if this the best-known cave in town, you are not allowed to wander inside alone, so guided group tours are aplenty so choose your own adventure. The cave chambers can mesmerize any tourist and one of the most prominent formation is the 9 meter stalagmite called, Cleopatra’s Needle.

ECHO CAVES
As the name suggests, the cave’s acoustics are very prominent especially when you tap the hollow stalactites inside, it instantly creates a wave of repeated tapping sound that can be heard both inside and outside the cave. The level of difficulty is quite low so the cave can be enjoyed by the young and old. 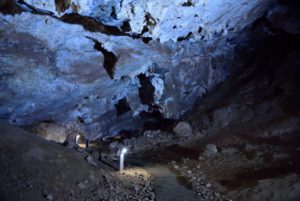 Sterkfontein Caves most famously known as the Cradle of Humankind is like a page straight out of a history book. The name already suggest that this is a site where archaeologists have discovered the fossils of early hominins dating back over 4 million years. The place is revamped and now includes a restaurant, conference rooms, boardwalks and exhibits.

SUDWALA CAVES
The chambers after chambers of stalactites and stalagmites are one of the oldest in the world and believed to be 240 million years old. Prepare to be mesmerized with the wondrous natural work of art inside this dolomite cave system. There are still a lot of unexplored routes in the cave so it is best to be on a guided tour when you decide to go inside. 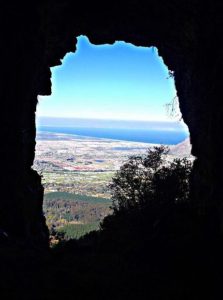 ELEPHANT’S EYE CAVE
The whole mountain where this cave sits is shaped like an elephant and the opening of the cave is just right where the eye of the elephant should be, thus the name. Unlike other caves on this list, the Elephant’s Eye Cave can be explored without a guide and is unlikely to get very crowded so you’ve got ample space to have a picnic inside. And the hike going to the mouth of the cave is a leisurely trek and can be enjoyed with kids.